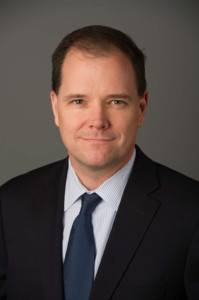 SCOTT D. VERHEY (scott@verheylaw.com) founded The Law Offices of Scott D. Verhey in 1995 after representing clients at a boutique law firm in Chicago.

Admitted to the Illinois State Bar in 1991, Mr. Verhey brings over 29 years of experience to his practice concentrating in select commercial litigation, business transactions and corporate counseling.  Mr. Verhey has significant litigation experience and conducted trials in the Circuit Courts of Illinois, United States District Courts, arbitration hearings and administrative hearings at all government levels.  Mr. Verhey has successfully argued appeals in the 1st and 2nd Districts of the Illinois State Appellate Court as well as in the 7th Circuit Court of Appeals.   Mr. Verhey takes a proactive approach to representing his clients to maximize results while keeping costs and fees reasonable.

Since 1998, Mr. Verhey has acted as of counsel and in-house counsel for Amari & Locallo, a prominent Chicago law firm representing property owners in the reduction of real estate taxes.

Mr. Verhey provides pro-bono services to those in need and volunteers as a member of the United State District Court Trial Bar representing indigent parties. Scott also serves as general counsel for the Danny Did Foundation (www.dannydid.org), a Chicago-based non-profit organization raising awareness for epilepsy related issues.  He has served on the Foundation’s Board of Directors and General Counsel since 2010 and was President of the Board from 2012-14.

Mr. Verhey is a member of several professional affiliations and an active member of the Illinois State Bar Association having served on numerous committees including the Committee on Professionalism and the Committee for Legal Education, Admission and Competency.

Scott mentors Chicago Public High School students and Marquette University students who are considering a career in the law.

Have Questions? Ready to Talk?